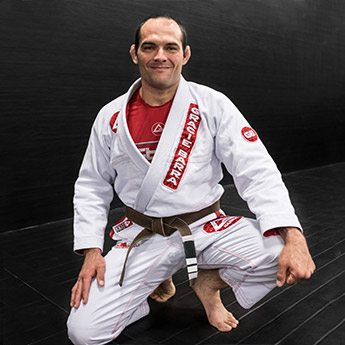 Coach Steve Moellering has been training Jiu jitsu and mma for 8 years. While learning from Professor Mike Buckles and competing to expand his knowledge, he began teaching.

Coach Steve is a native St. Louisan and an avid outdoors man. He enjoys archery as well as marksmanship and pursues what ever he does with great passion and vigor. This had lead to a great many accomplishments in a short period of time. Steve is 2-0 in MMA with 2 submissions. He is a multiple time IBJJF medalist including the Pan American and World championships. He is a multiple time NAGA and AGF champion including victories at the AGF national championship.

When Mike Buckels moved back to St. Louis after spending almost twenty years in Southern California learning jiu jitsu directly from greats such as Marcio Feitosa and Carlos Gracie Jr. “I decided I wanted more than just fighting. Gracie Barras’ structure for teaching and adapting jiu jitsu to work for everybody’s benefit is what I enjoy the most. I love seeing jiu jitsu give young people the confidence they need to go through a tough world as well as help adults the find the escape and fitness that the local gym can’t. I Look forward to seeing you on the mats”- Coach Steve

” I could see the impact Jiu jitsu and self defense had on people, be it empowering or humbling, the results of training with Gracie Barra have always had a positive impact on people.”